The name of the Club is the “SEASIDE TENNIS CLUB INC.”
(hereinafter called “the   Association”). \

a) To promote and provide for the playing and general participation of the game of tennis.
b) To provide social amenities and facilities for the members of the  Association.
c) To do all things which the Association or the Committee of Management thereof may think necessary to promote the recreation accommodation and convenience of its members.
d) To do all such other lawful things as are incidental or conducive to the attainment of the above object

a) To purchase, take on lease, in exchange or otherwise, any lands, buildings, easements or property real or personal, which may be required for the purposes of or conveniently used in connection with any objects of the Association and to sell, demise, mortgage, give in exchange or dispose of the same, or any part or parts thereof from time to time and to grant easements in, though, over or upon any land and to acquire easements or rights over any other land.

b) To borrow or raise money with or without giving security and particularly by the issue of or upon bonds, debentures (redeemable on dates to be determined by yearly ballot or otherwise at the discretion of the Committee of the Association), bills of exchange, promissory notes or other obligations or securities of the Association or by mortgage or charge upon all or any part of the property of the Association.

c) To support and subscribe to any charitable, sporting or community body.

d) To effect or keep on foot any policy of insurance.

e) To alter the constitution and rules for the time being of the Association subject to and in the manner provided herein.

f) To do all such other lawful things as are incidental or conducive to the exercise of the above powers.

RULES OF THE ASSOCIATION

a) The Executive Committee of the Association shall be the President Vice President Treasurer Secretary Club Match Captain Junior Supervisor all of whom are to be elected by the general body of members at the Annual General Meeting to be held in accordance with the provisions of Rule 5a hereunder subject to Rule 1b hereunder.

b) The business and general affairs of the Association shall be under the management of the Committee consisting of the Executive Committee of the Association and a minimum of four (4) and maximum of eight (8) additional ordinary members of the Committee all of whom shall be elected by the general body of members at the Annual General Meeting as specified in the immediately preceding sub-rule. The ordinary members of the Committee may fill the following the positions:  Registrar Assistant Secretary Assistant Match Captain Assistant Junior Supervisor Grants Officer Social Media Officer Member Protection Information Officer Sponsorship and fundraising Officer Uniform Officer.

c) In order to constitute a quorum to enable a Committee meeting to be held, there shall be at least seven (7) members of the Committee present.

e) The Committee shall normally meet once each eight weeks or more or less often if they deem it necessary. Minutes of all resolutions and proceedings of such Committee meetings shall be recorded and stored for future reference.

g) The Committee and in particular the Secretary and Treasurer shall receive the contributions of members and other moneys due to the Association, keep a correct account of income and expenditure and pay all moneys received into a bank account in the Association’s name.

h) All payments made by or on account of the Association shall be by order of the Committee by cheques signed by any two of the President, Secretary, or the Treasurer or by Electronic Fund Transfer authorised by any two of the President, Secretary, or the Treasurer. The Treasurer will also maintain an operational account with debit card facilities to the maximum amount of one thousand dollars (unless an increase is authorised by the committee for a greater amount to cover a particular expense). Payments from this operational account can be made by the individual committee member in possession of the debit card at the time without seeking authorisation from the President, Treasurer or Secretary but all payments require acquitting against a club operational need.

2. Election of Committee and Office Bearers

a) Vacancies in the elective offices of the Association shall be filled at the next General Meeting following the occurrence of such vacancy.

c) The nominations shall specify the office for which the candidate is nominated.

e) If no more persons are nominated for any office than there are vacancies the Chairman of the Annual General Meeting shall declare such persons duly elected.

f) If more candidates are nominated than there are vacancies, then such election shall be by ballot. Such ballot shall be subject to the direction of the President or Chairman of the Annual General Meeting so far as these Rules do not provide and any decision made either by the President or Chairman of the Annual General Meeting relating to the ballot of the conduct thereof including the interpretation of these Rules shall be final and conclusive. A Returning Officer shall be appointed by the Committee prior to the opening of the meeting. The Returning Officer shall conduct the ballot and certify to the Chairman the names of the persons elected. The ballot shall be held on the same day as the meeting, but the Committee shall decide what hour the ballot shall commence. The required number of candidates receiving the greatest number of votes shall be elected.

g) Notwithstanding anything herein contained all officers of the Association shall be deemed to continue in office until their successors shall have been duly elected under these Rules.

a) The elective Executive Committee members of the Association which fall vacant pursuant to the provisions of Rule 1b hereof shall become vacant immediately prior to each Annual General Meeting.

b) All Executive Committee members of the Association retiring in accordance with Rule 1b hereof shall be eligible for re-election.

There shall be one or more auditors (not members of the Committee) who shall be elected annually at the Annual General Meeting. Such auditor or auditors shall audit the accounts, and have power to call for the production of all books, papers, accounts and documents relating to the affairs of the Association. The Committee shall have the power to fill any temporary vacancy in the office of auditor. At the Annual General Meeting in each year the audited accounts of the said Association for the past year shall be submitted to the meeting.

b) At the Annual General Meeting the committee shall present a report and the audited statement and account for the past financial year, the election of officers for the current year shall take place and such other business as shall be specified in the Notice calling the meeting shall be transacted.

c) A Special General Meeting of members may be called at any time by the Committee upon its own motion or upon a written request signed by twelve financial members of the Association which written request must specify the matter to be discussed and the motion or motions to be submitted. Twenty-one (21) days notice in writing of such meeting and of the business to be brought before it shall be given to the members.

e) and their subscription and all moneys due by them to the Association have been paid.

f) The Committee shall be empowered if they think fit to make regulations for enabling members unable to be present, to vote at any meeting in writing.

a) There may be various classes of membership of the Association.

e) Members of the Association shall be members who shall attain eligibility to apply for membership in the manner, prescribed in clause 4 of the Constitution.

b) All subscriptions shall be due and payable by each member by the designated fees day as determined by the committee. Members that join after the fees day shall be eligible to pay the membership fee at the prorata rate as determined by the committee. Any member intending to withdraw from the Association shall signify their intention to do so in writing to the Secretary on or before the designated fees day or shall remain liable for the subscription for the ensuing year.

c) Any member failing to pay their subscription before the last day of December of the current year shall at the discretion of the Committee be erased from the list of membership and they shall thereupon cease to be member of the Association but shall be still liable for all amounts owing by them.

e) The Committee may in addition to any subscriptions make calls on any members not exceeding an amount authorised by a General Meeting.

f) Notwithstanding anything contained in these Rules at a meeting of the Committee for which at least five-sevenths of the Committee for the time being vote in the affirmative, the Committee by vote may refuse to accept any further annual subscription of any member and their membership shall immediately on the termination of the year for which their then subscription has been paid, ipso facto, cease and determine and no right of action or any claim shall accure to such member for or by reason of such refusal as aforesaid.

g) At no time shall the number of full members (excluding Junior members) of the Association exceed five hundred and fifty (550).

The Committee shall have the power to remove the name of any member from the list of persons whose presence in the Association they consider detrimental to its interest. Such member shall forthwith cease to be a member of the Association and their subscription for the current year shall be returned to them.

All complaints shall be made in writing to the Secretary.

If upon the winding up or dissolution of the Association there remains after satisfaction of all its debts and liabilities, any property whatsoever the same shall not be paid to or distributed amongst the members, but shall be given or transferred to some other institution or institutions having objects similar to that of the Association and which shall prohibit the distribution of its or their property amongst its or their members to an extent at least as great as that imposed by clause 12 of these Rules.

a) In the event that the Association applies to be licensed as a Club in respect of premises occupied by the Association pursuant to the provisions of the South Australia Liquor Licensing Act, 1997 as amended, or any other Act in substitution therefore the Rules of the Association shall be deemed to include all such Rules as may be required by the said Act to extend and apply to the Association during the currency of any such permit or licence.

b) All requirements of the licence conditions are to be met without exception.

c) Without binding the generality of Rule 14 (a) hereof the following shall be Rules of the Association:

Check out your team results and fixtures here

Our mission is to promote and encourage the playing and enjoyment of tennis for all ages and ability. 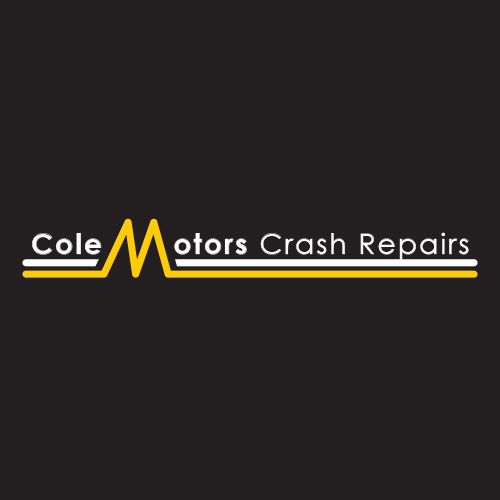 Seaside gratefully acknowledge the generosity of our sponsors. Their support, along with that of our members, helps make it possible to accomplish all that we achieve and continue to strive for. Support those that support your club. Tell them Seaside sent you and they will provide you with a great price and first-class service!